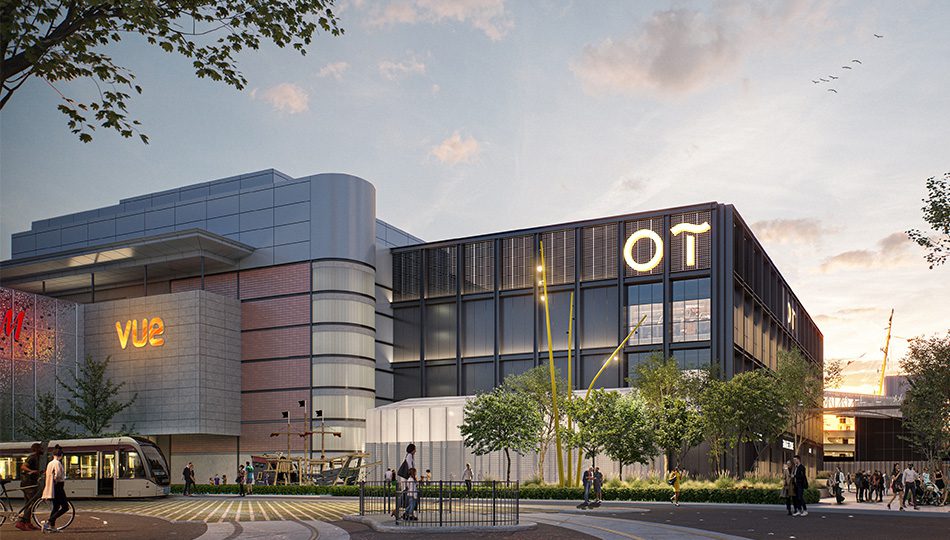 A detailed planning application has been submitted to City of Edinburgh Council for the reconfiguration of Ocean Terminal in Leith.

The application reflects the first phase of a £100m masterplan to transform the 20-year-old shopping centre, opening up the Leith waterfront and creating a new community-led complex which prioritises the people who live and work in the area.

As part of these plans the north end of the existing centre will be demolished and a new frontage constructed, with retail and hospitality units looking out on to new public realm.
The plans lodged by the centre’s Scottish owners, Ambassador Group follow extensive consultation, including two public exhibitions, which have shown strong support for the new vision for the area.

Detailed plans for phase two, the construction of a mixed-use development comprising a range of housing, commercial units and public realm with a new walkway and cycle tracks along the water line, will be submitted later in the spring.

Chris Richardson is the managing director of Ambassador Investments, which as a team has backed several major regeneration projects across Scotland before focussing on Ocean Terminal. He said:

“Throughout the consultation we have been encouraged by the hugely positive reaction to our plans. There is a real understanding that the centre needs to change and our vision that maximises the centre’s unique waterfront location and fully embraces sustainability best practice has resonated strongly with those we have met. Ocean Terminal plays a key part of Leith’s current regeneration, and the submission of the detailed planning application brings us another step closer to creating a destination for shopping, relaxing, working and living that meets the needs of local people. The proposed redevelopment will happen carefully in distinct phases to ensure a smooth realisation of the vision. That includes a focus on continuity and consistency for existing tenants and other users of Ocean Terminal, while plans are put in place. Ocean Terminal has a very exciting future.”

First opened in 2001, Ocean Terminal currently occupies three floors and 420,000 sq ft of leisure, hospitality and retail units. Its tenants include M&S, Vue Cinema, H&M, Boots, Nando’s and Pizza Express, employing more than 625 on-site. The centre includes on-site car parking, but with the shift towards greener and active travel, it is now also on the cycle network and will be a key stop on the new Trams to Newhaven tramline. It is owned by Ambassador Group, a Scottish-based property investment & development company.

Ambassador Group has appointed the following advisers on the project: